Whats the Difference Between a Kimono and a Yukata?

How to Differentiate Between Japanese Kimono and Yukata 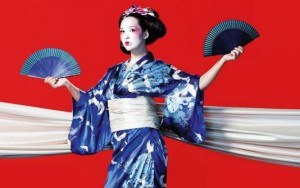 A Yukata is often called a ‘kimono’, which, while being imprecise, isn’t exactly wrong. In very general terms, a Yukata is a kind of ‘light kimono’ designed to keep one cool during the warmer months. However, there are a number of other features that set the two apart. Read on for more detailed information on what the difference is between a kimono and a Yukata – in terms of features, uses and tradition.

Whats the Difference Between a Kimono and a Yukata?

As I have already mentioned, Yukata are much lighter than traditional kimono. They tend to be worn as bath robes or at places like hot springs, while kimono have traditionally been worn as day and occasion wear – in fact, for centuries, they were the garment of choice.

Over the past century or so, traditional kimono have largely fallen out of favour. While they may look beautiful and elegant, they are also incredibly cumbersome. Comprising several separate pieces, a kimono couldn’t be put on by one person alone; it requires the assistance of at least one extra person in order in order to be correctly constructed around the wearer. A Yukata is made of one single piece (plus a belt, if not attached); a traditional kimono outfit is made up of the following (and often additional) constituents: 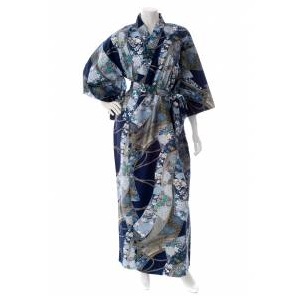 Yukata are often made of cotton, although there are exceptions. For example, The Japanese Shop stocks Japanese silk ‘kimono’ (Yukata) as well as polyester varieties. Traditional kimono are typically made of silk, silk brocade, silk crepes and satin weaves.

Yukata are still commonly sold and worn, both in Japan and overseas, whereas traditional kimono are only worn by a few elderly women and even fewer men, typically for weddings, tea ceremonies and other formal occasions. Sometimes sumo wrestlers wear traditional dress at public appearances, too.

When Did Traditional Kimono Fall Out of Favour?

The decline of traditional kimono came to a head during the reign of Emperor Meiji (1867 – 1912). He recognised the relative practicality of Yukata and Western clothes, and gradually replaced traditional kimono with these in schools, workplaces and the military. These less burdensome garments quickly caught on, and continue to be worn by almost everyone in Japan to this day.

If you would like to introduce a little Japanese culture to your wardrobe, The Japanese Shop stocks authentic Yukata, all designed and manufactured in Japan using traditional methods and materials. They’re perfect for indulgent evenings in, and you won’t need an army of assistants to get you into them. If you’re going for traditional, formal kimono on the other hand, ebay is probably your best bet. 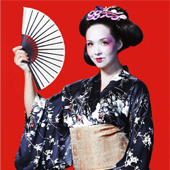 I hope this has answered the question: Whats the difference between a kimono and a Yukata? If you want more information I found these users’ explanations an invaluable source; also, there’s loads of info and a detailed diagram showing the different parts of a kimono here.