What Is A Bidet?

A bidet is a type of plumbing fixture that is designed for allowing the user to do a better job of washing their intimate areas after toileting. Usually made from porcelain a bidet is similar in appearances to a toilet without a cistern, however in terms of their function they are more like a wash basin or sink.

Originally thought to have been developed in France by furniture makers in the late 17th century the name is thought to come from the word for pony due to the way they are sat on, however it can also be referred to as garden hose.

Where Are Bidets Found? 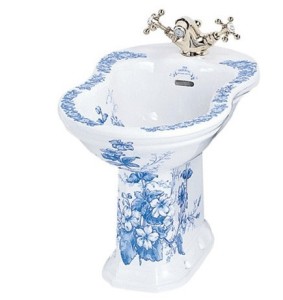 The bidet is most prevalent through southern European countries such as Italy and Portugal, as well as being common but not always present in homes throughout these countries. Other European countries tend to have bidets in their homes such as Greece, Holland and Albania amongst others, but these are by no means common features.

In the Americas – particularly south American countries, then it is common to see a bidet in someone’s home in countries like Argentina Uruguay and Paraguay. It is quite common to find a bidet in a home throughout African and Middle Eastern countries.

In the 1980s electronic toilets that combined the functionality of toilets and bidets began to appear in Japan and Korea.

Bidets tend to be found in these countries, as there is a warm climate that means the need for personal hygiene is often greater and needs to be more rigorous.

What Are The Benefits Of A Bidet?

A bidet has a number of benefits that suggest that they are a worthwhile investment for your home no matter where in the world you are:

–          Cleaning – water does a better job of cleaning than simply using dry paper, therefore this is a more hygienic way to go about things even if it takes a little longer

–          Comfort – sitting on a bidet to clean post-toileting a more comfortable way to clean, in comparison to using toilet paper that can often be rough and irritating. Also if you suffer from haemorrhoids then a bidet involves painful situations involved with toilet paper.

–          Eco-friendly – using water rather than paper is better for the environment, as it cuts down the amount of paper used and therefore results in less trees being cut down.

–          Hygiene – the use of water for cleaning purposes is more hygienic than using paper. It helps reach harder to access areas and it also means that a more thorough clean takes place.

When it comes to choosing a bidet, you need to take consideration the decor of your bathroom (or perhaps bedroom or separate WC) . Bidets tend to be available as free standing or wall mounted, and the plumbing system of the room that you choose to place one in would need to be taken into consideration.

The porcelain on a bidet is available in a range of finishes, meaning that you can really compliment a room and the rest of your bathroom suit with the bidet that you choose. Furthermore, you can select additional elements such as the taps and the waste that you finish your bidet with.

If you are looking for a hygienic way to clean as well as an attractive addition to your bathroom, then a bidet may be the right decision for you.