What are Kokeshi Dolls?

Japanese culture has become very fashionable in the UK and it is likely to continue increasing in the near future. The influences have spread across many sectors including Japanese restaurants and fashion. One of the most must have items is the Kokeshi Doll. This has been a favourite for many years with young and old avid collectors of the dolls. But where did this doll that has swept the nation come from? 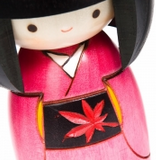 History of the doll:

The dolls are believed to date back as far as the early 19th century in the Tohoku region of Japan. Local woodworkers decided that there skills should not be limited to making bowls and plates, so they decided to try new things. They started to hand carve dolls that could be sold as souvenirs and toys. They were usually carved from Japanese maple, cherry wood and dogwood. The true origins of this call are often widely debated. The term Kokeshi is thought to come from the word “KO” which means small and “Keshi” the term used for naming the dolls, therefore loosely translated to “small dolls”.

The mystery behind the doll:

They are seen to be much more then a doll. The dolls traditionally had a large spiritual significance. There main purpose was to act as a wish for having a healthy child. Some say that the dolls could also contain the spirits of ancestors. They were also a cheaper way of giving a gift to children for poorer families. Dolls made from other materials such as porcelain were often expensive. The reason why they were made with no limbs and a round head was due to the location they originated from. Tohoku was a town with many natural hot springs; it is believed the dolls were used as massage tools in the spring baths. 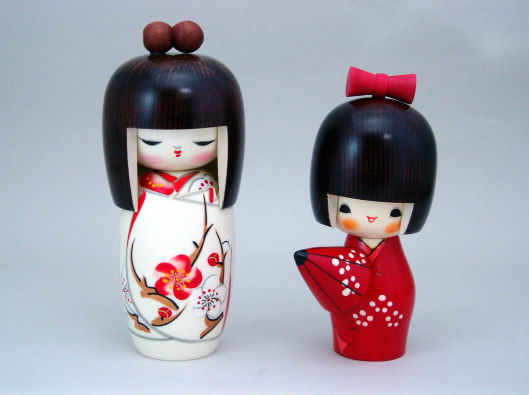 More creative and colourful designs started to come in after World War II. Many of the dolls are now created by artists who stamp there own creative flare on the designs. They still maintain there limbless shape but often have a more contemporary feel with shapely bodies and different hair styles.

The UK has many collectors of the dolls, new and old. Many collectors have there own preferred artist or style but most collect as many as possible just because they love them. Not only are they lovely ornaments to have, they are considered to be a lucky charm warding off evil spirits and also protecting homes against fires.