For many children, the annual nativity play is the most exciting event on the school calendar. For most teachers, it’s one of the most daunting. Organising a large troupe of children is no mean feat, and if you want to minimise that last minute panic, all rehearsals must be planned and executed meticulously. These nativity play tips cover everything from scheduling rehearsals to making sure that everything goes to plan on the day, for as stress free a process as possible.

1.       Start early. An obvious point to begin with, but a very important one nonetheless. The sooner you start planning and rehearsing your school nativity play, the longer children will have to learn their lines, and the less panic there will be on the run-up to the big day. Be ready to start rehearsals no later than two months before the performance, preferably three. 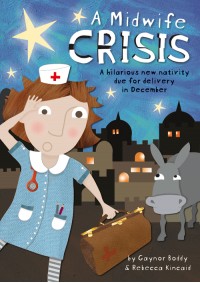 2.       Work from a pre-written script. Doing everything from scratch is a lot of hard work. By working from a pre-written nativity play script, you will have the cast list, lines and music mapped out for you already. Many come with CDs containing audio and backing tracks, so you won’t even need to get a pianist involved.

3.       Choose your cast carefully. Take time to read through the script before you assign parts. Quieter children are generally unlikely to feel happy in the major roles, while the more confident types will get fidgety if placed in the chorus. Don’t forget to assign understudies for the main parts – exercising caution in the early stages will save you a lot of trouble later on.

4.       Schedule in rehearsals. Before you begin, plan exactly what you’re going to do in each rehearsal and make sure you have a clear structure in place. At the same time, leave room for a little flexibility in case a particular song or scene requires more work than expected. A mixture of group and individual rehearsals usually works best.

5.       Give helpers plenty of notice. Parents and other teachers should be more than happy to help out with rehearsals, costumes and staging, provided they are informed of any meetings, deadlines and dress rehearsals well in advance. Ask for volunteers as early on as possible and hand out copies of the full schedule so they have a record of the important dates.

6.       Keep things in perspective. You’re bound to have good days and bad days: sometimes the children will be wonderfully cooperative, while other days you might feel like giving up on the whole thing. Remember, this is not a professional acting school, and you’re not striving for perfection. It’s the quirks that make school nativities what they are.

7.       Issue tickets well in advance. Depending on the size of the cast, plan one, two or three performances in order to cater for every family. Send letters out at half term asking parents to book tickets by a certain deadline, and allocate seats if possible to avoid stress later on.

8.       Radiate confidence on the big day. By now you should be as prepared as you can be, but nerves are a natural part of any performance. Do the rounds beforehand, talking to each individual and doing your best to instil confidence.

9.       Don’t forget the speeches. Either before or after the performance, remember to thank all your helpers for their time and hard work. Flowers and chocolates won’t go amiss for those who have gone the extra mile – who knows, they might even get involved again next year…

10.   Be ready to act as a prompt, or get one of your helpers to do this job. The pressure of performing can make children forget their lines, and just knowing that a prompt is present will really help with their confidence levels.

I hope these nativity play tips have helped you feel more prepared. So long as you organise everything carefully and act with confidence on the day of the performance, it should be an exciting and memorable experience for children and parents alike. Then you can let out a big sigh of relief and sit back with a big glass of wine: it’s all over! (Well, at least until next year…)

If you need a nativity play script, Out of the Ark has a great selection of Christmas musicals and plays for primary schools. Each one can be adapted to suit casts of different sizes, and comes with staging ideas, curriculum links and an audio CD containing backing and vocal tracks. To browse their full range, go to www.outoftheark.co.uk.