The Significance Of Japanese Lucky Animals

What Are Japanese Lucky Animals?

Japan has a deep and varied cultural history, and one large part of this is that of Japanese lucky charms and lucky animals, which symbolise some of the foundations of Japanese superstition. Like all cultures, Japan has its own unique superstitions and traditions that have been passed down through families and popular culture throughout the ages.

What Types of Japanese Lucky Animal Are there? 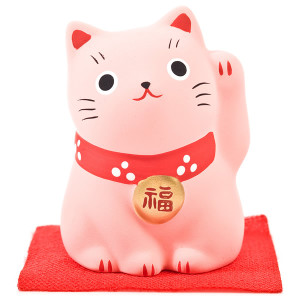 One of the most common Japanese lucky animals is the lucky cat, also known as the Maneki-neko which translates as ‘beckoning cat’. You may have encountered these in an Asian restaurant or shop, as they are popular symbols of good luck, prosperity, success and happiness in both Japan and China. They tend to sit on top of the till or cash register waving good luck to customers. They come in a range of colours and always have a raised paw. Most Japanese lucky cats also have a bib, a collar and a gold coin, which is decorated.

Another popular Japanese lucky charm is the Japanese lucky owl (or Fukurou). This also symbolises good luck and is thought to prevent suffering. It is believed that different colours of lucky owl have different attributes when it comes to luck. Some Japanese owls also represent wisdom; however, this is a less common belief in modern times and is thought to have originally stemmed from the Meiji period.

The History of Animals as Japanese Lucky Charms

The tale of the origins of the Maneki-neko remains an issue of contention. Some believe it comes from Osaka, whereas others believe that it originated in Tokyo. Momentum for the lucky cat’s popularity began to build during the Meiji period (between 1868 and 1912). Around this time, the Japanese cat would appear in newspapers and adverts, which are the earliest documented evidence of its origins. There is also belief that the lucky cat is an adaptation from popular folklore, which has manifested itself in its modern form.

History also suggests that there is a difference in which paw is raised and what it means. A raised right paw is to attract money and good fortune, whereas a raised left paw is for attracting customers. Some also suggest that if the cat has both paws raised, this is a sign of protection.

The lucky owl also originates from around the Meiji period. Much like the Japanese cat, it has roots in traditional folklore as a symbol of luck and protection. However, with the increase in western visitors to Japan during the Meiji period, it also became associated with wisdom.

When it comes to Japanese lucky charms, different colours have different meanings: 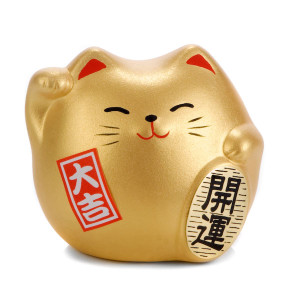 Japanese lucky charms have been around for a long time, and add a touch of eastern charm to any room. They also have the potential to bring you good fortune! So whether you have a difficult task approaching that will require a bit of extra luck or you just want a cute and colourful ornament for your home, a lucky animal is the perfect solution.

The Japanese Shop has a fantastic range of Japanese lucky animals to choose from, including lucky owls, cats, frogs and more. Visit www.thejapaneseshop.co.uk to view the full range and order online for fast delivery and great prices.