The Risk Of Legionnaires Disease From Cooling Towers

What Is Legionnaires Disease?

Legionnaires Disease is an infection of the lungs that is caused by Legionella bacteria. The disease initially presents itself with muscle pains a high fever and chills. When the bacteria starts to get a foothold on the lungs, then a severe cough can develop, alongside breathing difficulties and chest pains.

Legionnaires disease is caused by Legionella bacteria  entering the lungs. The most common way that this can happen, is through the inhalation of droplets of water that has ben contaminated by this bacteria. The disease itself however isn’t contagious and as such cannot be passed from person to person. 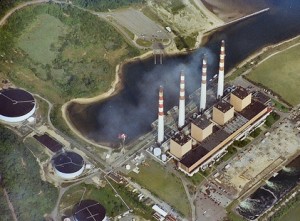 Where Does Legionnaires Disease Grow And Multiply?

Legionella bacteria is often found in sources of water such as lakes and rivers – in these environments they tend not to be at harmful levels. However if they get into areas such as air conditioning units and systems or other artificial water supplies within a building then they can start to multiply rapidly. More complex systems in larger buildings like office blocks can be a major risk in terms of growth of Legionella bacteria.

Another area that is a high risk one, is that of cooling towers – often seen in the chemical and manufacturing industry; and more commonly in the energy production sector. Cooling towers have a lot complex pipe work which can provide the ideal conditions for Legionella bacteria to thrive in. This becomes an issues, as the idea of a cooling tower is process waste heat into the atmosphere. If Legionella bacteria is taken with this process, then it can make its way into the environment and cause harm to the public, as has happened in France and Scotland in recent years.

A common method of preventing the build-up of Legionella bacteria (especially Legionella pneumophila) in cooling towers; is the use of media fill. In this process, appropriate bactericidal water treatment is combined with anti Legionella fills and drift eliminators. Drift eliminators help to limit the amount of liquids making their way into the wider environment, meaning that there is less risk of any bacteria making its way into contact with the human population of an area.

By using products such as sanipacking on fill media and drift eliminators, then the Legionella bacteria will be unable to multiply as well as it would have otherwise. The Sanipacking technique stops pools of bacteria forming which could then be taken by wind and cause an outbreak such as one similar to that in France or in Scotland. The special polypropylene material used for SANIPACKING works by disrupting the metabolic process of unwanted micro-organisms at the cell wall level, preventing them from functioning properly, growing or reproducing.